⌛To Pluto and Beyond 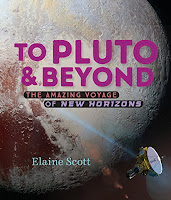 Elaine Scott tells the exciting story of everyone's favorite planet, from Pluto's discovery through the frustrating attempts to study such a distant object, the creation of the New Horizons project, scientists' hopes and expectations for the mission, and what is being discovered. Her clear, engaging prose does more than narrate the events. By showing how scientists operate, their hypotheses, hopes, and disappointments, and how they make use of them, she gives readers an inspiring portrait of the scientific method itself. 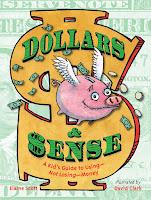 "At first glance, this title appears to be a guide to budgeting and spending money wisely, but upon closer inspection, readers will discover this work to be an overview of the history of money—from the exchange of goods and services to the current economic climate." --SLJ

"An informative primer on how money functions that doesn’t trigger the dismal science’s snooze button." --Kirkus 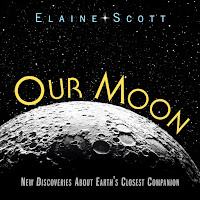 Clarion, 2016. 978-0547483948.
Illustrated with stunning, full-color photographs and packed with fun facts, this is the most complete and up-to-date book available on the moon. Includes glossary, bibliography, and index.

"Scott excels at rendering complex ideas intelligible: radioactive dating, the science of craters, the role of a planet's atmosphere, and much more are clearly presented. Well-captioned illustrations and photographs, diagrams, and pithy text boxes round out this handsome package."  --Kirkus 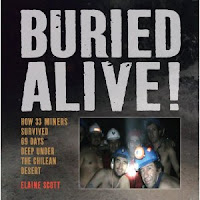 
Space, Stars, and the Beginning of Time: What the Hubble Telescope Saw 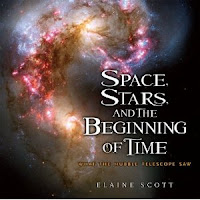 "Gasp-worthy photographs should fire up the most sluggish imaginations....For [science fiction fans] this title should be essential reading."—The Bulletin


"The book is filled with the amazingly clear, color-enhanced images of planets, stars, and nebulae...but Scott also explains the less showy but significant science made possible by the Hubble’s instruments."—The Horn Book

Mars and the Search for Life
Clarion, 2008

All About Sleep From A to Zzzz

Secrets of the Cirque Medrano
Charlesbridge, 2008

Funny Papers: Behind the Scenes of the Comics
Morrow Junior Books, 1993

Look Alive: Behind the Scenes of an Animated Film
Morrow Junior Books. 1993

Safe in the Spotlight: The Dawn Animal Agency and the Sanctuary for Animals
Morrow Junior Books, 1991

Kidnapped!: Could It Happen To You?
Franklin Watts 1989

Ramona: Behind the Scenes of a Television Show
Morrow Junior Books, 1988

Oil!: Getting It, Shipping It, Selling It
Frederick Warne, 1984